Stories Of How Service Animals Turn People’s Lives Around

Stories Of How Service Animals Turn People’s Lives Around
You’ve probably heard many stories about service animals. To those who don’t have a clue what they are, service animals are animals, typically dogs, that are trained for the purpose of assisting someone with a disability. They’re more than just pets that can easily gas up anyone’s day. They’re also different from emotional support animals, which are companions for those with anxiety, depression, and other mental health disorders.

The work performed by a service animal is directly related to the person’s disability. Examples are alerting an individual for the presence of allergens, pulling a wheelchair, assisting those with impaired vision with navigation, retrieving items such as telephone or medicine, providing physical support with balance and stability, interrupting or preventing the destructive behaviors of those with psychiatric and neurological disabilities, and more. What even amazes us is they also act as a home security system, protecting their owners and their homes.

Below are real stories of individuals and their service animals:

Stacy was an Air Force photographer for ten years until she retired in 2008 because of combat injuries, including brain trauma. She suffered from physical and emotional pain, anxiety, PTSD, and seizures.
America’s VetDogs paired her with Charlie, a black Labrador, and she does not leave the house without him. Stacy has some partial deafness, and the pup alerts her when people are behind them. If she loses balance, Charlie presses up against her to prevent her from falling on the flooring. Every time Stacy has a PTSD nightmare, her service animal will nudge her awake and put his head on her lap until her heart rate decreases.
Today, the duo travel the country to photograph veterans. Stacy said she felt protected ever since Charlie stood by her side.

2. Sam Okhuysen and her cat, Cleo

While Sam was earning her college degree, she battled with anxiety attacks, depression, and obsessive-compulsive disorder. She struggled for several years, and she had thoughts of harming herself. She then decided to acquire an emotional support animal. Sam went through a comprehensive application and interview process with the disability office, and shortly after being approved, she visited a shelter. There, she felt an instant connection with a 2-year-old tortoiseshell cat named Cleo.
According to Sam, her emotional support cat helps her tune in to her emotions. For instance, when she’s angry, Cleo rubs up against her and helps her shift her mind away from her problems. “Knowing I have something to take care of helps me get through each day,” she said.

3. Madison Stangl and her dog, Willy

Madison knew she had Type 1 diabetes when she was a freshman in college. According to her, the disease felt manageable at first. She would use an insulin pump whenever she felt symptoms, such as sweating and dizziness. Three years after she was diagnosed, she developed hypoglycemia unawareness, meaning she no longer had medical red flags. She was terrified that she might fall into a coma until a family member suggested that she make an investment in diabetic-alert dogs, which are trained to sniff out a spike or a drop in an individual’s blood sugar.
In early 2017, Can Do Canines matched her with a 2-year-old golden retriever named Willy. Even before the glucose monitor detects a blood sugar drop, Willy would paw at Madison’s leg or lie at her feet, so she would know. She would then grab juice or applesauce to bring her blood sugar level back up. Once, while Madison was asleep, Willy roused her because her blood sugar was low, and it was actually life-threatening. Willy also knows how to bring the phone over so Madison can call 911, retrieve the glucose tablets she keeps around the house, and bark or scratch at doors and flooring to get help from neighbors. 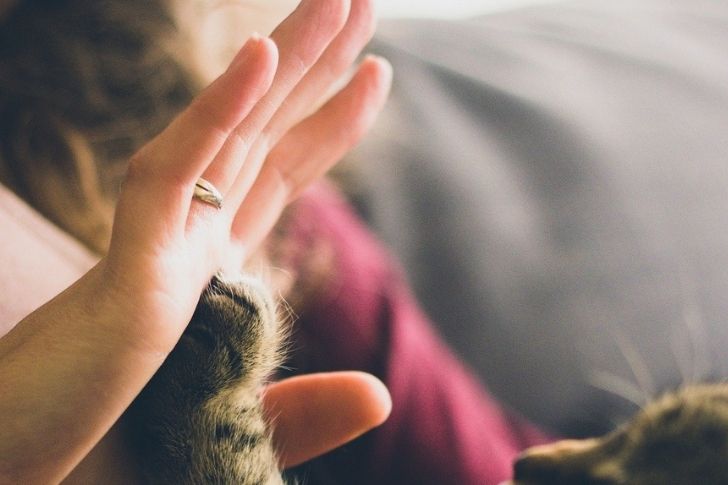