Ragdoll cats are huge, strong, and imposing felines with distinct markings. They are incredibly calm and laid back, giving the appearance of a floppy ragdoll.

Their large head is wide between the ears and has a smooth top. The eyes are a deep blue color and are very big. With a wide chest, short neck, and strong legs, the body is long and muscular.

The tail is long and bushy, and the paws are broad, small, and tufted. The Ragdoll cat’s hair is silky and dense, with a medium to long length and a ruff and knickerbocker on adult cats. This breed has three distinct hai styles with four different colors. A mitted Ragdoll cat with additional white markings is also available.

The first Ragdoll kittens were born in California back in the ’60s. They’re most likely the offspring of a white Persian cat queen (female) and a Birman or Birman-type tom. When picked up, the cat relaxes and becomes floppy like a ragdoll after which it is named.

Some speculate that this was caused by an accident the queen had whilst holding the kittens, but it is genetically unlikely for the kittens to inherit the consequences of the incident.

The Ragdoll cat is noted for having a floppy and cool temperament, which are thought to be traits they got from their Persian and Birman roots. Whether or not this phenotype is the product of genetic variation is a matter of debate. There is even a misconception that Ragdoll cats are pain-resistant stems from certain individuals’ excessive docility.

Due to fears that excessive docility “may not be in the best interests of the cat,” several breeders in the United Kingdom have attempted to breed away from the limpness. 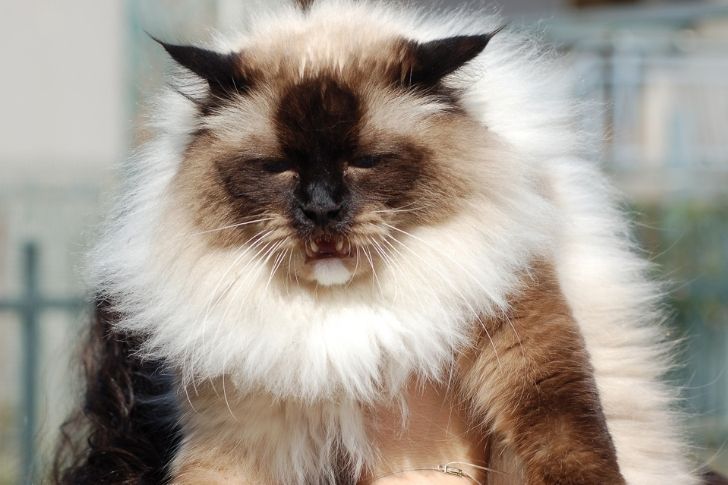 According to an analysis based on Swedish insurance statistics, the Ragdoll cat and Siamese cat breeds have the lowest survival rates of all the common cat breeds. They have a lifespan of 12 to 15 years. This breed also has a slightly higher rate of death due to urinary complications, mostly kidney and ureter issues but also lower urinary issues.

It has the potential to cause accidental death in some cases. When Ragdoll cats are homozygous positive for the disease (have two copies of the HCM gene), the disease can manifest early – as early as six months) – and becomes more serious, with the majority of cats dying by the age of three. Heterozygous cats (one copy of the HCM gene) have a slower initiation and development of the disorder, with a less significant effect on their health. 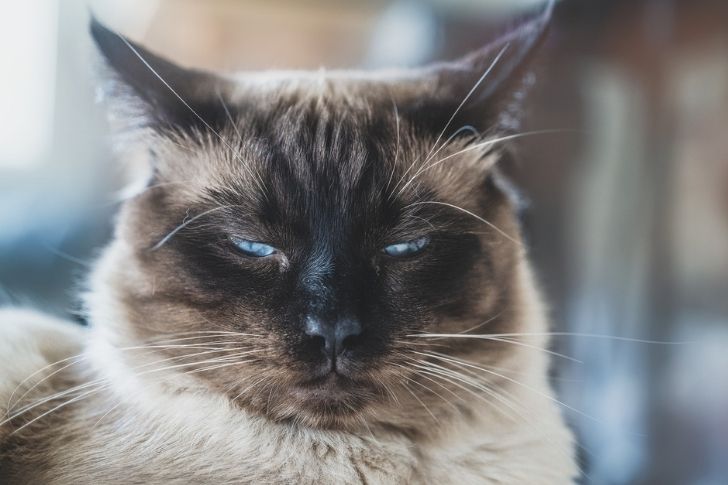 Calcium Oxalate Bladder Stone
Calcium oxalate bladder stone is another health complication of this cat. To check if they do have this bladder a stone, it’s best to get a radiograph, and it is positive if there is a stone or group of stones in their urinary bladder.

A bladder stone is a common explanation for the failure to resolve infection so imaging might be recommended to check if there really is a stone. Some cats also have no symptoms whatsoever but then the stones are discovered when radiographs are taken for some other reason.

Ragdoll cats have a thick and incredibly fluffy coat. Hairs can be anything from medium to long. Thankfully, the coat does not mat quickly, but it does happen.

Brushing Ragdoll cats’ coats at least twice a week is recommended to help avoid mats, tangles, and unnecessary shedding. Ragdolls love being groomed and will always express their delight by lavishing all of the extra affection on them.