Get to Know Rex: The TikTok Cat Superstar

While it is a fact of nature that cats – actually, most animals – can only walk on their four legs, we tend to come across those who can walk on two legs. Recently, a cat who can walk like a human became one of the newest sensations on TikTok.

The cat’s name is Rex and he is believed to live in Canada. His videos on TikTok garnered him nearly 500k followers and 7.6 million likes. The videos consist of him walking around the house on two feet, rolling on the flooring, and just being an adorable fella.

Let’s look at how this cute furball has managed to walk like humans and his rise to internet stardom.

HOW IT ALL BEGAN

According to Rex’s owners via Instagram and TikTok, the fluffy feline started to walk like that out of necessity. Before he was taken by his current owners, he was living on a farm. He experienced a life-changing incident back when he was young. On a cold day, with temperatures in the negative degrees Celsius, he fell into a water dish. He was rescued after falling, but sadly, he lost both his front paws and a part of his tail due to frostbite from exposure to both the water and the cold.

His current owners took him in when he was 6 months old, and they trained him to walk without the use of his front legs. Initially, it was quite difficult for the furball. After all, cats aren’t born to walk on two feet. Eventually, he started to get the hang of it and was able to stand upright, and now, he can even walk on his own two feet without assistance. He can even get down some stairs, and due to his unique skill, his owners decided to share his day-to-day life on Instagram and TikTok. From there, he rose to stardom immediately. His owners made investments in him to be able to live a happy and normal life. 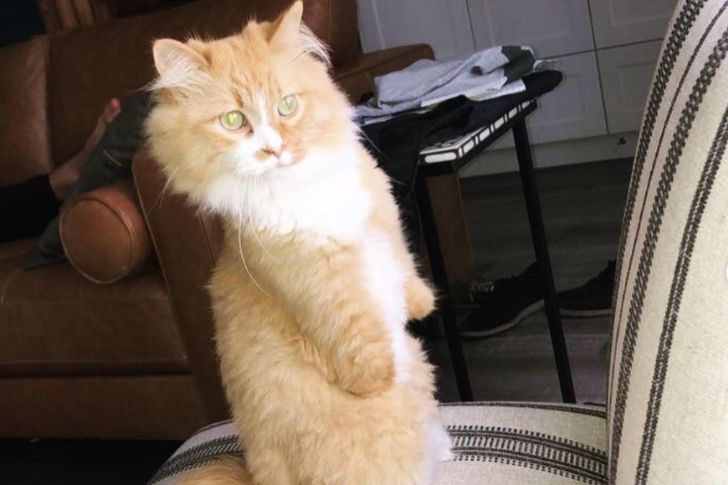 WHAT’S UP WITH HIM TODAY?

According to Rex’s owners, the feline is quite happy with them. The owner shared some details about the cat. Rex is very cuddly and has low energy. He spends most of his time sleeping. He also picked up a habit of peeing on the owner’s furniture and carpets out of preference. Of course, this could damage the objects, and possibly, the house’s flooring. This habit was the reason why the owners haven’t bought rugs anymore. Sometimes, his owners bring him outside, but they need to always be at the feline’s side because the cat cannot defend himself from other animals such as cats, dogs, birds, and foxes. 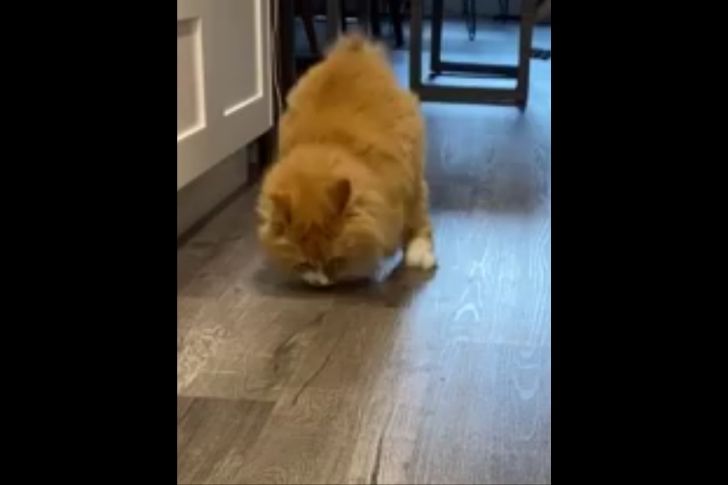 Rex also has a brother named Pancakes. According to his owners, both cats get along well. They always cuddle and sleep near each other. Currently, Rex’s biggest hurdle to face is not stepping on his poop in his litter box. His owners said that the cat needs to be washed sometimes if he steps on his poop. They also remain committed and have made an investment in improving Rex’s life.

Rex’s owner started to post the furball’s videos in 2020, which was when this current global situation started, and he has since then seen a sudden rise in popularity. As of April 2021, his social media presence has seen some big successes. His TikTok account, where he is more popular, has nearly 500k followers and has more than 7.6 million likes. His Instagram account is much smaller, with around 25k followers and 146 posts made.

Many commenters, particularly on TikTok, fell in love with the cat. They keep asking Rex’s owners to give him hugs and kisses on their behalf since many can’t pet him in real life. Many even went as far as to ask in the comments to cuddle him. They probably want to make investments in the cute and fuzzy feline’s future. 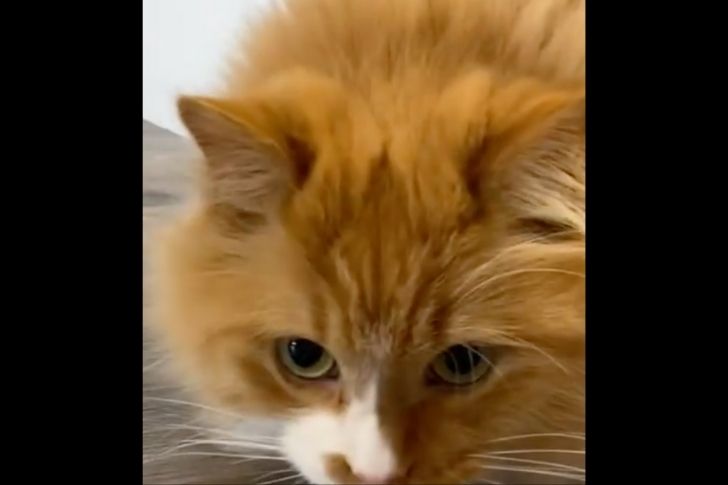